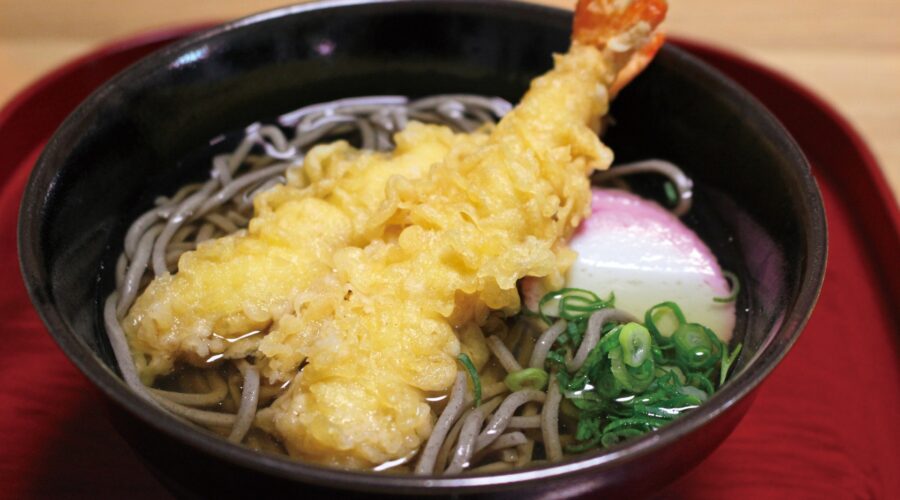 Instructions
Soak kombu in water overnight.
Transfer kombu and water into a saucepan. Bring the water to a boil. When it’s almost boiling, remove kombu from water and discard.
Add katsuobushi and simmer for 30 seconds. Then turn off the heat and let katsuobushi sink to the bottom of the pan. Let Katsuobushi steep for about 10 minutes.
Strain the dashi over a large strainer lined with a paper towel set over another saucepan. Gently twist and squeeze the paper towel to release any remaining dashi into the saucepan.
Add mirin, sake, soy sauce, and salt in the dashi and bring the soup to a boil. Set aside until warming up later.
Insert a knife at the bottom of kamaboko to separate it from the wooden board. Then cut the kamaboko into ¼” slices.
Slice green onion thinly and cut komatsuna into 2-inch pieces.
Boil the komatsuna in salted water. I first boil the hard bottom parts of komatsuna since they take longer to cook. Then add the leafy part later. Once they are tender, take them out and soak in ice water to stop cooking. Drain well.
Bake shrimp tempura at 400F (200C) for 15 minutes, or according to the package instructions.
Meanwhile, boil two large pots of water (See Note). One for cooking soba noodles and the other pot for warming up the noodles after washing them. Cook soba according to the package instructions less 30 seconds*. Mine says to cook for 4 minutes, so I cook 3 minutes and 30 seconds. Unlike pasta, you do not need to add salt to the water.
Drain the soba noodles and wash the noodles with the hand under cold water to get rid of slimy texture.
Then transfer the soba noodles into the other pot of boiling water to warm up the noodles again. Once they are warm, drain and place them into a serving bowl.
Pour hot soup over the noodles and place toppings. Sprinkle shichimi togarashi if you like it spicy. Serve immediately.